Three simple rules… in fitness and in life 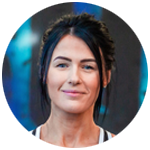 So why is it sometimes so hard to commit to going after what you want?

And day in and day out in my job I also see people wanting….but not chasing. Wanting something so much, desperate to gain back something that they used to have, wanting to get to a place that they desire. But never getting there.

I’m not talking the desire of a Bahamas holiday here. 🏝 I’m talking starting a new health and fitness regime, physique goals, cleaning up nutrition, embarking on a fitness journey, completing a process, prepping for the wedding, leaning out before a holiday. Whatever it may be that is health and fitness related.

If you really want it…why are you not chasing it?!

I suppose there are many reasons…let’s delve in and discuss.

*❗️ (I’m gonna get to the point btw…so if any of these reasons touch a nerve…I’m not sorry…you just got the kick up the backside that you needed 😜).

Everybody has different confidence levels, some people are over confident. Some people have just the right amount of confidence. And some people have none at all. It doesn’t matter which level of confidence you are at, thats you. And you shouldn’t want to change who you are. But you can work on you. For you.
If you struggle to push yourself forward because you are nervous, you’ve just got to take tiny steps. Take one step, one day at a time, until you are running. Everybody has to start somewhere. No matter what they are doing, they have all had a ‘first time doing this’. Once your first time is out of the way…you’ve done the hardest bit. You’ve made the start to going after what you want. Half of the battle is already won ✨.

You’re either in the right mindset and have a good mentality or you aren’t. It’s that simple. You will know if you are, because nothing will stand in your way. Nothing. Not a bump in the road, not a bad day, not an illness, not being tired, not being in the mood. Nothing.
If you aren’t in the right mindset and you don’t have the mentality to do anything about it then you will make excuses for yourself. You might try, you might talk yourself into thinking you are trying…but you will let the first hurdle stop you. You will let something hold you up. You will let the tiniest little excuse make not going after what you want be ‘ok’. You’re not ready.
Just be honest with yourself. Think about why you want what you want, think about why it’s important to you, think about how you will feel when you get there. If that outweighs the excuses….then step forward…or you are staying in the same place.

It’s alright saying ‘I’m gonna do this’, ‘I’m starting Monday’, ‘I’m really gonna try this time’, but if you aren’t and you have no intention of any of the above then face facts and know that you aren’t progressing forward any time soon.
This is a little bit harsh but it’s very true….you’re lying to yourself more than anyone around you.
‘I’ve had a bad week, I’m knackered, I’ve had a couple of shit days at work but I’m back on it Monday’ 🙄.
‘I forgot my lunch so I had to have a sandwich from Tesco, its all that was available’ 😴.
‘I can’t show you my tracked food because I’ve left my phone at home’ 🤔.
I’ve seen it on many occasions, someone really wants something, but they don’t want to put the graft in that it takes to get there. They don’t want to sacrifice the things that it takes, they don’t want to give up things that are necessary. They tell themselves that they can do it, they tell you that they can do it, but nothing changes. Why? Because you’re not putting the effort in. Simple. And as a pt, trust me when I say ‘we know…we know everything…it’s our job to know 😜’.
Nothing at all is impossible. If you want it you can achieve it. So stop lying to yourself and suck it up.

Simple. As. That. There’s no beating around the bush. You want it, but you don’t want to get off your bum for it. You want a quick fix. Like a skinny coffee, or a bootea. Or a magic pill that doesn’t exist. Bet you still believe in Santa Claus aswell don’t you?! 🎅🏽 Lazy.
HARD WORK AND EFFORT, GETS RESULTS. Nothing less than that.

I am not preaching that everybody has to be an angel 100% of the time, we aren’t robots. We aren’t programmed to be motivated, happy, upbeat, on point all of the time. But if you want something really badly and you just aren’t quite getting there you need to ask yourself why. And do something about it. Small steps, changing your mindset, admitting it to yourself and sticking to what you should be doing, getting up. Only then will you start to move forward 😊.

I haven’t been able to train as I have wanted to for a whole year, and throughout that year I have fallen into every category I have typed out up above.
I’ve lost my confidence to get back into the gym to do things that I used to do everyday. For the fear of having to start over. For the fear of being in pain. For the fear of failure.
My mindset hasn’t been where it used to be, I’ve thought it was pointless. I haven’t been a very positive person. I didn’t have the mentality to look at it in any other way.
I’ve been in denial. I’ve told myself I will start Monday. I’ve told myself I will train 6 times a week. Ive tracked my food and ‘skipped’ adding things in I knew wouldn’t fit. I told myself I would have three sensible meals and not eat any junk. I’ve probably had a ripple everyday since last November, sometimes two .
I’ve been lazy. Not in the sense that I couldn’t be bothered…but because I wasn’t bothered about getting myself out of the rut and pushing forward. I would take my gym clothes to work, finish with a client and have full intention of ‘getting back to training’ and then hop in my car and end up £56 down in Primark instead. I wasn’t ready. But I was too lazy to admit it.

5 weeks ago it was like something clicked inside me, I had had enough. I knew I WANTED to push forward, I knew WANTED to feel better about myself, I knew WANTED to look different, I knew I WANTED to work on me again. I decided instead of not being ready this time I would have a full months rest to get in the mindset instead of jumping in half hearted and ending up back at square one. I’ve rested my body, I’ve recharged my batteries, I’ve had the time to get myself focused.

Today I exercised properly for the first time alongside myself and my husbands bootcampers…oh my lord my lungs 🤣 I was exhausted! I had forgotten about the burn in your chest, the sick in the throat, the burn in my thighs 🤣🙈. But i thoroughly enjoyed it, I felt like me again. Enjoying something that I haven’t for a long time. I hurt afterwards, I’ve had a headache, I’ve had a lie down. But I got through it. And I’ll get back up and do it again.
I’ve signed up to meal prep to keep me on track with food. I’m gonna try my best not to have a ripple 🤣 but if Saturday comes and I really want one, I will have one. I just won’t lie about it. Hell I might even track it 🤣. It’s just about moving forward.

Have a think, you will 100% fall into one of the categories above, and that’s ok. Because they are all human traits. It’s what you do about getting out of one of those categories that will make the difference 😊.

My honest advice: take on board life’s 3 simple rules…and put your own twist on them…something like:

1. Don’t ever feel guilty about going after what you want. This is your life, live it fully whilst you have the chance 🌈

Let that sink in ⭐️