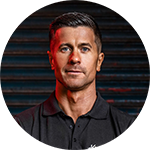 Before I explain why, I watched a Tyson fury interview recently in the build up to a recent fight.

In the interview he was asked this question:

𝐈𝐧𝐭𝐞𝐫𝐯𝐢𝐞𝐰𝐞𝐫: “Did boxing bring back your happiness?”

𝐅𝐮𝐫𝐲: “No! Not boxing! Exercise did”

Fury then went on to explain that initially he just wanted to start exercising again to improve his mental health and confidence. He wasn’t even thinking about boxing again.

As we all know after he first won the world title his physical and mental health went down hill which included gaining a lot of weight.

After turning his life around he went on to make one of the most remarkable comebacks that took him from the brink of suicide to regaining the world heavyweight title.

I talk about this a lot but I will say it again….

Being overweight is one of many contributors to depression which of course affects an individuals confidence, as well as increases the risk of various health markers such as Type 2 diabetes, coronary heart disease and cholesterol.

Now I am certainly not going to tell people to not take anti depressants as I know for so many people they are required for lots reasons other than feeling depressed about their weight.

What I will say is, IF being overweight is one of the main reasons an individual is taking antidepressants then they should 100% be including regular exercise in their life.

Antidepressants do absolutely nothing for your waist line and ironically, one of the possible side effects is weight gain, which is all the more reason to be exercising.

Again I must stress I am certainly not telling people not to take anti depressants because I know people will need them for other reasons. Mr Fury may well have also been taking them when he was at his lowest. What I am saying is IF being unhappy about your weight is one of the reasons you are unhappy then exercise should be an absolute non negotiable in your life, because taking antidepressants alone wont help you lose weight.

We have helped hundreds of people over the years achieve life changing weight loss transformations, many of whom were taking antidepressants. Once they identified the positive impact regular exercise and healthy eating had on them they made it a permanent fixture in their life and eventually come of the antidepressants. It all starts by being bigger than your fears and taking that first step.

I can fully appreciate starting a new health & fitness journey can be a very daunting feeling for a lot of you, which is why so many people choose not to do it. This is when taking the easy option of antidepressants is taken because of that ‘low’ feeling.

It is also important to remember that being overweight does not happen overnight so getting back to a point where you are happy also wont happen overnight. How long do you think it took Fury to lose 250lbs? It took months of consistent exercise and healthy eating as well as lots of patience. Not to mention a strong support network.

Fury himself still needed a coach to get him to where he wanted to be, along with his strong support network (coach, wife, family, friends etc) he identified how important it was to him, and did everything by he needed to to get there.